India’s biggest and lead lender of Kingfisher Airlines on July 12, 2012 said that it does not intend to shut down the airlines. The cash trapped airline said that it needs to take a few measures to recover the loans given to it. 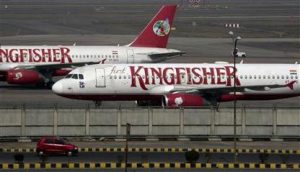 Krishna Kumar, the managing director of SBI said, “We do not like shutting down of Kingfisher, but we also need to take measures as taken in the last couple of weeks. We have asked Kingfisher to start the process of valuation of non-core assets so that we know how much we could get if they were disposed off”.

The airlines owes a whopping Rs. 7,500 crores and accumulated interests from January to the 17 bank consortium which is led by the SBI.

SBI alone has an exposure of Rs. 1,400 cores. The Consortium on July 5, 2012 had a meeting with the airline management after which the lenders said that they have hired HDFC securities to do a valuation of the properties owned by Kingfisher and come up with a report within 15 days.

Kumar was asked how much the lenders could raise from these properties to which he said, “At the moment I do not know. Once the valuation is done, we will have the correct estimate.” Kingfisher Airlines has constantly been in trouble in terms of finance.