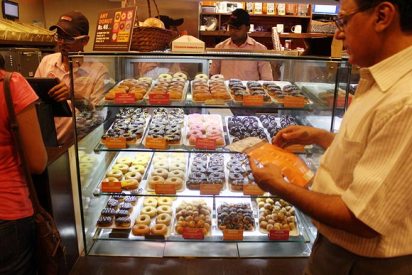 The festive season is fast approaching and all popular Indian sweet makers like Bikanerwala and Haldirams now have to face a new competitor. Dunkin Donuts is now in India and is the world’s largest Doughnut chain, the company entered the Indian market last year.

The western doughnut maker is now all set to roll out variants of its doughnuts in India or this Diwali season, with flavors such as coconut rasgulla, petal gulab jamun and motichoor ladoo rings. The new localization drive is expected to help Dunkin Donuts popularize itself in the country. The doughnut chain’s localization drive is also expected to be one of the most extensive for the company.

Dev Amritesh, the COO and president of Dunkin Donuts said that this flexibility lends itself a high degree of customization. Amritesh added, “There’s a significant opportunity to customize the doughnuts for consumers — both for those who are used to the product and those who aren’t”.

The new variety of doughnuts will be rolled out during the Diwali season and the fastest moving ones will become a permanent feature on the menu of the $6 billion fast food chain. However, Amritesh also said that the idea may be exported to other markets if they find acceptance there.