India’s largest lender, the State Bank Of India has increased its interest rates by 25 basic points to nine percent . The bank in a statement on June 29 said that the interests have increased for three to five year tenure deposits of less than ₹1.5 lakh. 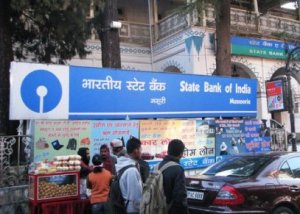 The interest hike will be effective from July 1, 2012. Krishna Kumar the managing director, State Bank Of India said in an interview that the presence of a very substantial current account savings bank portfolio is one of the major reasons in the bank’s margins are on the higher side.

Kumar added, “As far as the savings bank portion goes, we have taken some steps recently, which we are expecting will probably also increase the current account portfolio. So that is certainly helping us maintain our lower cost of deposits, thereby enhance the overall net margins”. Kumar was also asked about the NPAs about which he said that there will obviously be an increase in the NPA during the year.

The managing director also said, “I do not believe it is something that is unmanageable. We should be able to contain the growth quite effectively”. Meanwhile, the interest rates on the other deposit tenors will remain unchanged.