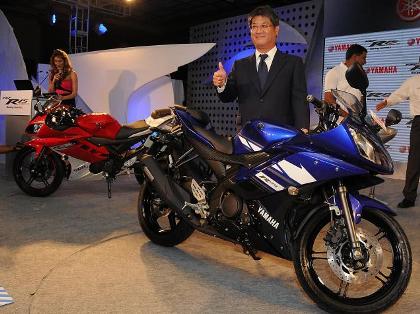 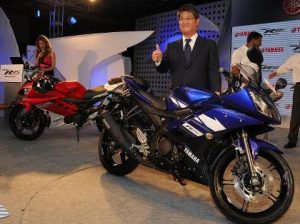 Reports say that India Yamaha Motor which is the subsidy of the Japanese two-wheeler company will be exporting its first shipment of 300 deluxe motorcycles R15. The R15 is a 150 cc sports bike which is manufactured at the plant in Surajpur.

The product will be launched with an idea of testing the product in Japan and if the response is good then the company may even begin exporting another motorcycle from its stable to its home market. Hiroyaki Suzuki, the MD of Yamaha Motors confirming the development said, “The motorcycles manufactured in India meet the advanced specification of developed markets and they are produced at a lower cost. We are sending R15 to Japan to test market them in the Japanese market and if the response is good, we may explore more products for export to Japan and other advanced markets.”

Suzuki added that Japan is a big market for racing and motorcycles and within that the 150cc segment is emerging.