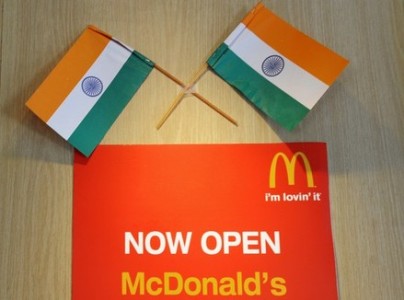 Popular America based fast food giant McDonalds has on August 17, 2012 opened its first outlet in the Indian state of Jammu and Kashmir. A senior state official described the event as a sign of restoration of peace and normalcy.

The fast food outlet is located at the posh Residency Road in Jammu and was inaugurated by Devendra Rana, who is the political advisor to the chief minister Omar Abdullah. Rana said, “This restaurant is the result of the restoration of peace and normalcy in Jammu and Kashmir, and under the leadership of Omar Abdullah-led coalition government this year is of prosperity, growth and economic resurgence”.

The political advisor added that the result is due to the leadership of Omar who has managed to create such a peaceful environment and resurgence in tourism this year. Rana also told the McDonalds team to take the footprint across the state to Kashmir and then Ladakh.

Vikram Bakshi the managing director and JV partner at McDonalds India said, “McDonald’s, the world’s most recognised quick service brand, today opened its first restaurant in Jammu”. The new outlet is a part of the giant’s expansion plans in the northern region. Bakshi also said that the new outlet is the 126th restaurant in North and East of India.