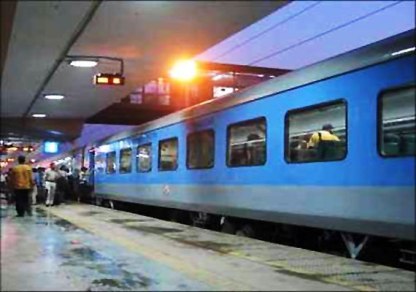 The Finance Ministry of India has said that it will levy service tax on the AC class and also the freight service fares . The ministry said that the fare would be increased by 3.7 percent from October 1, 2012.

A senior official from Railway Ministry said that the fares of AC First Class, Executive class, AC 2 tier, three tier and chair car will be increased by 3.708 percent from October 1, 2012. A notification for the recent development has been issued on September 27, 2012.

In a meeting between the Railway minister CP Joshi and finance minister P Chidambaram it was decided to levy the service tax on the AC classes, freight and auxiliary services. The meeting took place on September 26, 2012.