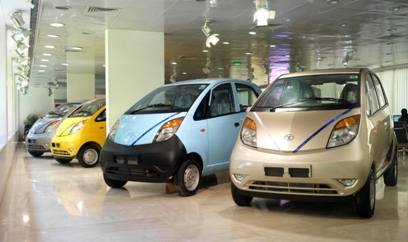 The chairman of the Indian auto giant Tata Motors, Ratan Tata on August 10, 2012 said that the company is targeting to sell two lakh units of its ultra small Nano car this year. Tata was talking at the 67th Annual General Meeting of the company in reply to a suggestion from a shareholder that the company should step up efforts to sell more Nanos.

Tata said, “Yes, there is a need to increase the volumes…The year is not yet over, and I hope at least we can sell 2 lakh Nanos this year”. The company in the month of July reported a 15 percent hike in the ales at 74,159 units led by the commercial vehicles.

During the month the company sold 5,485 Nanos and also recorded a healthy 68 percent rise in more than 3,260 units in the same month last year. Ratan Tata will soon retire as the chairman of the company while Cyprus Mistry will be taking over in the month of December.

Tata said, “I want you to extend the same sort of support and encouragement that you have given to me all these years, to Mistry as well.” Tata thanked the shareholders as it was his last AGM as the chairman.