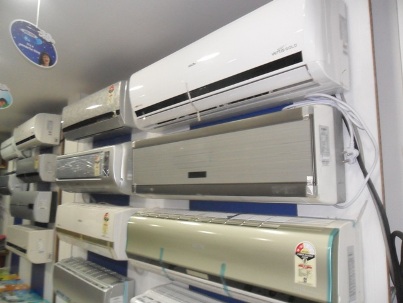 While the monsoon continues to play hide and seek, the heat is continuously rising in the capital Delhi and its neighbouring areas. This has in turn provided a bonus for the makers of air conditioners and coolers.

The sales off coolers and air conditioners has gone up by more than double in the national capital. Last year the National Capital Region (NCR) had faced low sales during summer, which was not so harsh.

But this time the number has doubled and companies like LG and Samsung say that the demand has been robust and with the monsoon arriving late only adding to the numbers. Saurabh Baisakhia , the LG India business sales head for Air conditioners said, “Sales have been good in May and June. LG has recorded a 20% growth”.

In terms of AC market LG India has a market share of about 25%. The extended summer has not only benefitted the AC makers but has also benefitted the cooler makers. Heat has been one of the factors, but the rising electricity tariffs has been a cause for most of the people to opt for coolers instead of an AC. The sales of desert coolers has gone up by more than 120%. The demand for coolers remain up despite a 10-15% rise in prices.