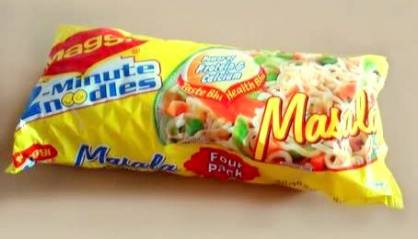 Nestle India has said that it is offering aggressive discounts on its popular brand Maggi instant noodles. The analysts have said that the discount offered is perhaps the first in a decade which might be a measure to protect its market share in the increasing competition.

Some of the insiders say that Nestle is offering incentives to buy company products in bulk. The officials from the industry say that this reduces the trade’s options of stocking rival brands.

Maggi has been the dominating brand in the instant noodles segment in the country for more than three decades. This is now being challenged by the new entrants like ITC’s Sunfeast Yippee, Horlicks Foodles and Knorr Soupy Noodles.

A spokesperson from Nestle India said that the company runs a dealer engagement programme which is a part of its ‘2 minute Mein Khushiyan’ campaign. The spokesperson in an email said, “This Khushiyan campaign includes a unique ‘Khushiyon ka Badshah’ engagement program with dealers, that you seem to misinterpret as trade discounting”. He also said that the makers of Nescafe and Kit-Kat is running a campaign among its stake holders trade, business partners and employees so that they can bring all their partners to be a part of the campaign.