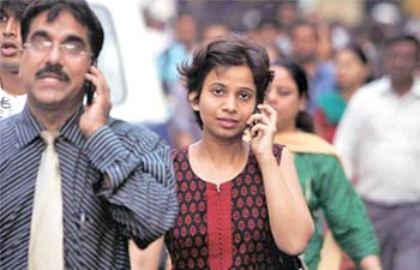 Telecom minister Kapil Sibal on September 24, 2012 announced that the mobile phone users will not have to pay roaming charges when travelling within India from the year 2013. But the telecom companies say that the abolition of the charges could lead to the increase in the rates of the call rates.

Sibal also said that the ministry did not want to control or govern the internet and added that the Centre would enter in to dialogue with all the stake holders to deal with malicious use of cyber space. The minister was asked about the timeline of when the one nation free roaming would be implemented to which he said, “Our (telecom) secretary has told you that it will be free from next year”.

The cabinet has already approved the new telecom policy whose guidelines include doing away with roaming charges. Even Telecom secretary R Chandrasekhar last week announced that the consumer centric move would be implemented next year.

Chandrasekhar said, “Our first priority is the upcoming spectrum auctions. At the same time, we are working on the Unified Licence (UL) and we want to finalise this by December.” The roaming charges account for about 10% of the sector’s venues and the telcos might compensate the loss by increasing the call rates.