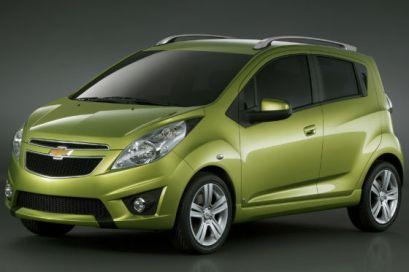 Auto manufacturer General Motors on October 5, 2012 said that it will be hiking the prices of its entire range of vehicles by Rs. 20,000. The hike in prices will come into effect from October 8, 2012 due to fluctuating currencies and high input costs.

P Balendran, the vice president of General Motors India said, “Rupee depreciation in recent times has impacted us very badly. Besides, input costs and freight charges have also gone up. So, we have decided to pass on the burden partially to consumers”. The price hike will come into affect across various models and would be an increase of 1 percent to 2 percent depending on the model.

Balendran added, “The increase will be around Rs 8,000 and will go up to Rs 20,000. It will be with effect from October 8”.General Motors has quite an impressive range for the Indian market which begins with Spark at Rs. 3.15 Lakh while the premium SUV Captiva goes up to Rs. 24.81 Lakh.

The prices will be as per the company’s official website will mention the Delhi ex-showroom price. Even other car makers in the market such as Maruti Suzuki, Honda, Audi and Renault have hiked the prices of their vehicles due to increased input costs and rupee depreciation.