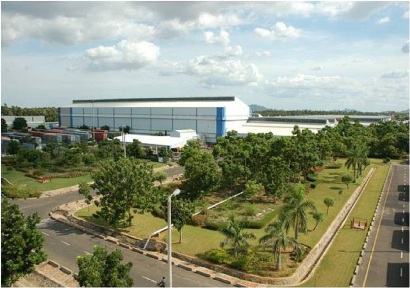 Auto manufacturer, Ford India has on has on July 17, 2012 announced the completion of the expansion of its engine plant in Chennai. With this the company has increased the annual production capacity 36% to 340,000, which helps in transforming the facility to a regional small engine hub.

The new facility of the company was completed in record time of just 14 months and has created a capacity in manufacturing additional 80,000 engines annually. With the additional capacity, the company will be helped in dealing with the demand for diesel vehicles in the Indian market as well as growing exports.

The company said that this will also create employment opportunities. Michael Boneham the president and managing director of Ford India said, “We are delighted to see this new addition to our capacity in the engine plant as we gear up to move to the next stage of growth in India and the region”. The new facility by Ford India is also the first Ford plant with single flexible production line manufacturing petrol and diesel engines.

It is also the first Ford plan to run a flexible crank shaft production line and also to have a fully flexible cold test, hot test and Dyno test facility for petrol and diesel engines.