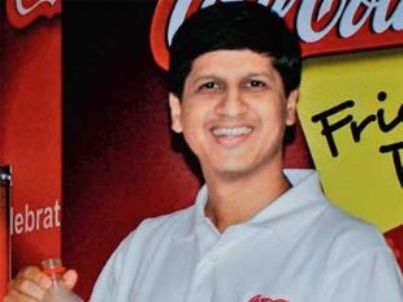 Former marketing head of Coca-Cola India, Venkatesh Kini will be returning to India as the senior vice president of the Indian operations of the beverage company. Kini has been position number two in the company under the chairman Atul Singh.

All the Coca-Cola verticals will be reporting to Kini who will be moving in from Coca-Cola ‘s head quarters in Atlanta where he was the global VP for juices. One of the officials said, “This move is a strategic reorganisation of India operations and indicates the company is keen to rapidly scale up its business here”.

The official also said that Kini was handpicked for the role but the spokesperson from Coca-Cola declined to comment. Kini had relocated in Atlanta in the year 2009 and headed the Coca-Cola India’s marketing operations for three years.

He had joined the company in the year 1998 and was promoted as the marketing head at a time when the pesticide-in-cola controversy had impacted the sales of the beverages. Kini was also among the top officials instrumental in turning around the company. Coca-cola just like its rival PepsiCo has been depending on the Indian market for its steady growth in the country. In the year 2011 the company said that it had a global growth of 5%.