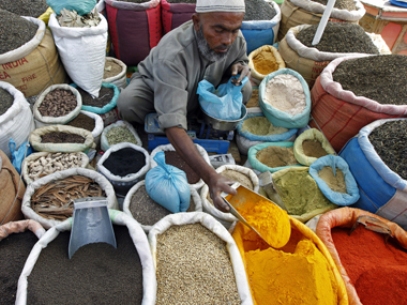 After a whopping hike in the prices of diesel there are chances that the prices of food might even go up. The retail prices of the essential food items like wheat and edible oils are expected to go up marginally as the cost of transport has also increased.

Abinash Verma, the Director General of Indian Sugar Mills Association said, “There could be some impact on sugar prices in those places where mills are not present. Sugar prices in North Eastern region could increase due to a rise in transport cost”. Verma added that at present the ex-factory price of sugar is ruling in the range of Rs. 34 -35.5 per kg.

BV Mehta, the Mumbai based Extractors Association executive director also expressed similar views and said, “It will have impact on all commodities including edible oils. We are heavily dependent on local transport for movement of oilseeds and oils from crushing centre and also from ports”.Mehta added that it would be difficult to calculate at present how much price increase could be seen in edible oils.

The prices of diesel were increased on Sept 12, 2012 after a meeting of the Cabinet Committee on Political affairs which was headed by Prime Minister Manmohan Singh.