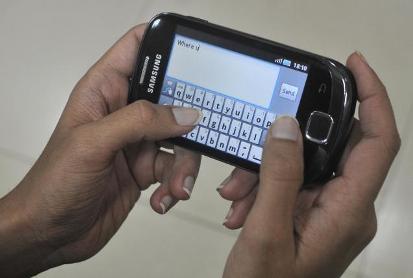 In some relief for the mobile phone users, the cap of 200 SMSs per day sent through a mobile phone SIM for personal communications, has been set aside by the Delhi High Court. However, the court upheld the curb on the unwanted commercial SMSs saying they infringed the equally important right to privacy of the unwilling recipients.

A bench consisting of Acting Chief Justice A K Sikri and Justice Rajiv Sahai Endlaw said, “We are, therefore, of the opinion that the impugned provision of Telecom Regulatory Authority of India (TRAI) insofar as it covers non-UCCs (Unrestricted Unsolicited Commercial Communications) SMS in the present form as it exists, infringes the freedom of speech of the citizens.” But the bench made a distinction for unsolicited commercial calls and said that the restriction imposed by TRAI on them was valid.

The bench also said that they have already pointed out that TRAI has found that the UCC calls and SMSs were interfering with the personal lives of the individuals as the telemarketers would call them for selling their products. All such calls are unsolicited and the receiving party does not want to receive such calls or SMSs. It was also said that they infringe the equally important rights of the unwilling recipients.