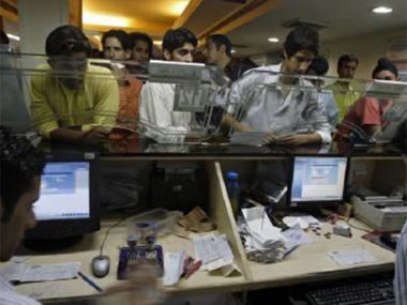 Indian money lender Dena Bank on July 10, 2012 said that it will not follow the footsteps of the State Bank of India by reducing the lending rates.  The bank also said that its rates were the lowest in the market even before the other banks did the adjustments.

Nupur Mitra, the chairperson and managing director of Dena Bank said that the bank’s lending rates in small and medium enterprises and the other categories were competitive. Its base rate was 10.45% since May, 45 basis points high than SBI’s, where a 100 bps is one percentage point.

The State Bank of India, which is considered as the country’s largest lender cut rates in the month of June by 50-350 bps for the SME as well as agriculture sector. On the other hand the home and retail loan rates were unchanged. Mitra even said that her bank would not hesitate to raise the deposit rates if funds were needed for credit growth amidst the high commodity prices.

Mitra while in Kolkata at an event organized by Bharat Chamber of Commerce said, “Inflation is still around 10%… there is no question of a deposit rate cut now. We may look at raising deposits if the situation demands”. The MD also expressed concerns over farm credit growth due to delay in monsoon.