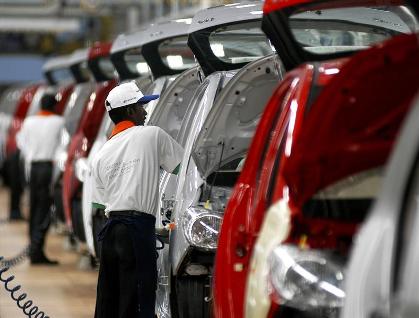 Indian auto giant Maruti Suzuki is considered as one of the biggest auto manufacturers in India. This time the company is leading in terms of the car sales in the country which grew 8.28 percent to 1,55,763 units in the month of June 2012 amidst tough market.

The Society of Indian Automobile Manufacturers (SIAM) on July 10, 2012 released figures which said that the domestic car sales stood at 1,43, 851 units in the same month last year. Sugato Sen, the SIAM Senior Director told reporters, “June car sales grew because of the low base in last year due to industrial problems at some manufacturers’ plants. So this has been reflected in this year’s figure”.

On the other hand the rival Hyundai Motors India Ltd posted a marginal increase in sales to 30,363 units in the month of June this year compared to 30,302 units last year. But Tata Motors witnessed a decline of about 26.6 percent.